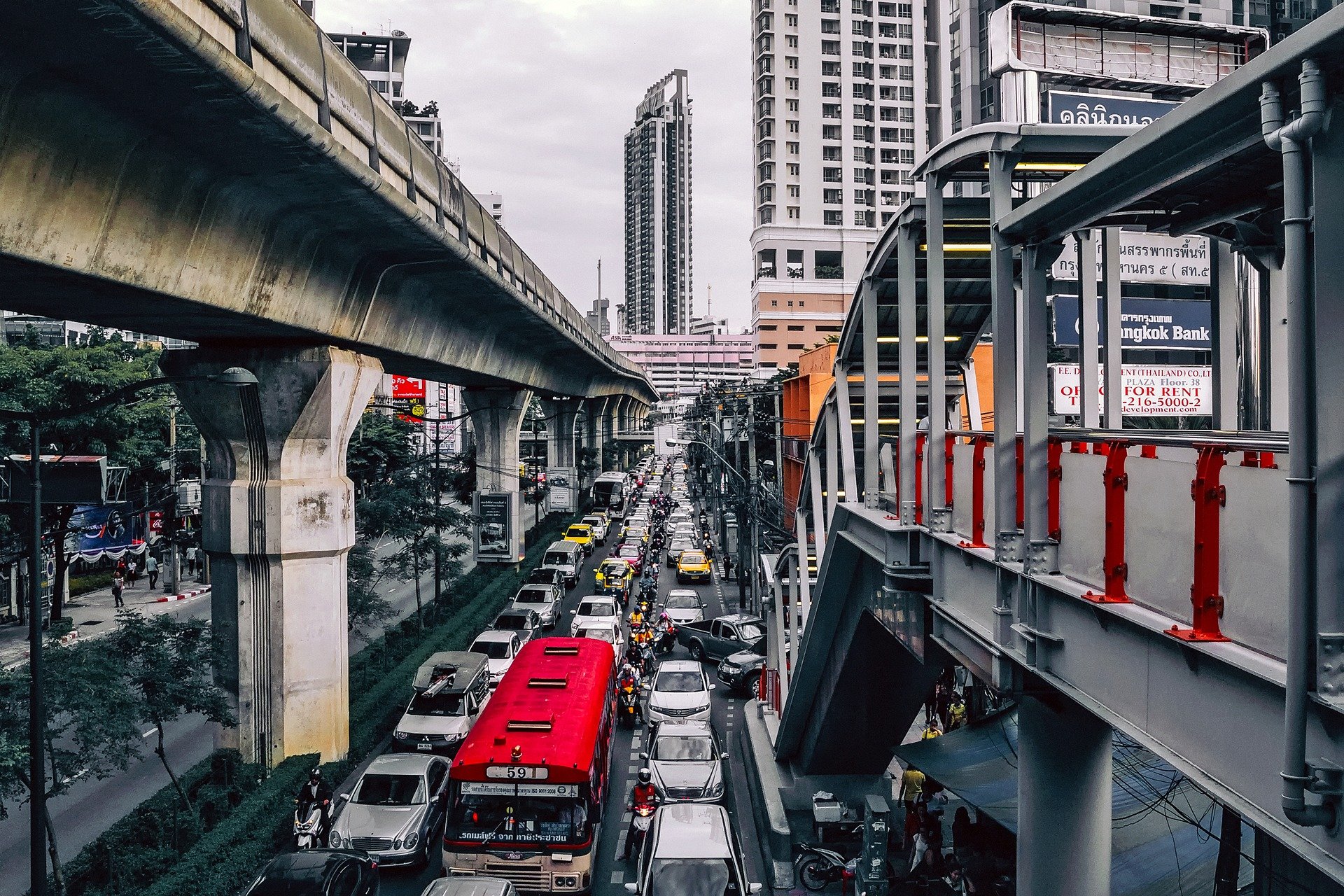 What I love most and least about living in Bangkok

As I count down the months to our departure from Bangkok later this year, I’ve been thinking a lot about what I appreciate about living in the Thai capital, and what I’ll be happy to say goodbye to.

I’ll preface this post by saying I am very much a city girl. I typically prefer to wander around a sprawling multi-cultural metropolis than sip cocktails by a beach, so I’m more naturally inclined to love the hustle and bustle of Bangkok life.

But even more than that, I earn a decent salary each month, so can actually enjoy the best Bangkok has to offer, while still managing to save money.

Migrants, refugees, and locals living in Bangkok on poverty wages live a completely different reality from mine. So this little run-down is very much from my personal experience.

Related: How I save half of my income living in Bangkok

The best of Bangkok

Since I’ve been exploring cities instead of beaches over the past 7 years, I’ve had the chance to check out a lot of other capital cities in the Asia region.

While visiting a city is obviously much different to actually living in it, I would still hazard a guess that there are few cities that can match Bangkok in managing to provide a great standard of living at an affordable price.

It’s modern, fairly easy to get around (even if you don’t speak Thai), and has so much to offer in terms of culture, food, and entertainment.

There’s a certain energy and vibe to Bangkok that I still find captivating. It’s a city that’s constantly evolving, offering novelty and excitement, while still retaining a level of local charm (at least for the moment).

Things I love most about Bangkok include:

Bangkok truly is a world city. It feels like people from various parts of the world and from different walks of life come to Bangkok to work, study, or escape.

From the Japanese enclaves around Thonglor, to the North African vibe around Sukhumvit Soi 3, British pubs in Phrom Phong, and Little India neighbourhood around Pahurat, the city has a cosmopolitan feel, and definitely adds to the gastronomic options on offer.

Whatever day it is, I always find there’s an interesting event happening, whether it’s a documentary screening, talk, or exhibition.

Cheap cinema tickets means I can afford go to the cinema at least a few times a month to see the latest blockbuster or the odd indie flick at an independent cinema.

If I’m up for music, I can head to a number of fantastic bars/music venues that offer up blues, jazz, soul, or my Thai favourite, Molam.

While Bangkok isn’t a great walking city (more on that below), I really enjoy exploring different local neighbourhoods on the weekends.

Away from the traffic-choked roads and highways, there’s a whole lot of life to be found wandering along back-streets, canals, and railway tracks.

Except the public buses, which need a serious upgrade, the BTS and MRT systems are clean and reliable.

As an ex-London commuter, I really appreciate not arriving at the office already completely stressed out by 9am. There’s always an orderly queue for the BTS/MRT, the lines never seem to undergo planned engineering works, and you’ll never have to sit in a carriage that stinks of McDonald’s.

Even though I’m way past the point of getting excited about Thai food, I will say Bangkok is still a food haven just because there’s so much on offer, and it’s so affordable.

Options range from delicious cheap local dishes at street stalls, to gourmet meals that cost a fraction of the price you’d pay in London. That’s even before I get to the fruit: mango, longan, pomelo, mangosteen… just yum.

Related: My top 10 vegan and vegetarian places in Bangkok

The worst of Bangkok

Living here comes with a number of downsides, many of which apply to living in Thailand in general:

Pollution is a given in any city, but it got so bad earlier this year I had itchy eyes and a sore throat for a few weeks. And that delicious food I just talked about? It might be laden with unhealthy levels of chemical pesticides.

Dealing with the weather

Ok so I’ll take the Bangkok’s heat over a cold and dark February morning in the UK any day, but sometimes during hot season, it feels like you’re being slowly baked in an oven.

Bangkok also has some pretty epic thunderstorms, which is great if you’re staying inside, but terrible if you actually need to get anywhere.

The streets tend to flood quite easily since Bangkok was essentially built on marshland, and plastic waste clogs the drainage systems.

With the often aforementioned oppressive heat, pollution, and flooding combining to make Bangkok a pretty gnarly place to walk sometimes, the challenge is compounded by the fact the city hasn’t been designed for pedestrians.

Where pavements can actually be found, they are often loose or uneven, or taken up by street food stalls / piles of rubbish / motorcycle taxi drivers.

While the Bangkok authorities are trying to regulate and clear up the streets (often with a heavy hand), the city has a long way to go before it’s a good walking city.

One of the first phases I learned in Thai was “mai sai thung” – no plastic bag, and this is still one of my most used phrases. That’s because cashiers have been trained to put everything in a plastic bag, from the packet of gum, to the single banana also wrapped in plastic.

Even though I arm myself with a water bottle, cloth bag, and Tupperware each time I buy something, I use far more plastic than I’m happy with.

Related: Cutting down on plastic use in Thailand

As a lover of wine and cheese, import taxes make my favourite things far too cost prohibitive to indulge in often.

These taxes also mean we pay a lot more for imported clothing and gadgets than we would back home. So unless you’re happy buying a £2 T-shirt that falls apart after three washes, Thailand doesn’t necessarily offer great deals.

Related: Using geoarbitrage to maximise value for money when shopping

In summary, I would definitely say the good outweighs the bad while living in Bangkok, which is why I’ve been quite happy to call it home for the past few years.

My main concern is that with even more malls and condominiums being built across the city, Bangkok’s fine balance between shiny modernity and local character will be lost. But each city evolves in its own way. As an outgoing Bangkokian, I’m both excited and apprehensive to see where it goes.