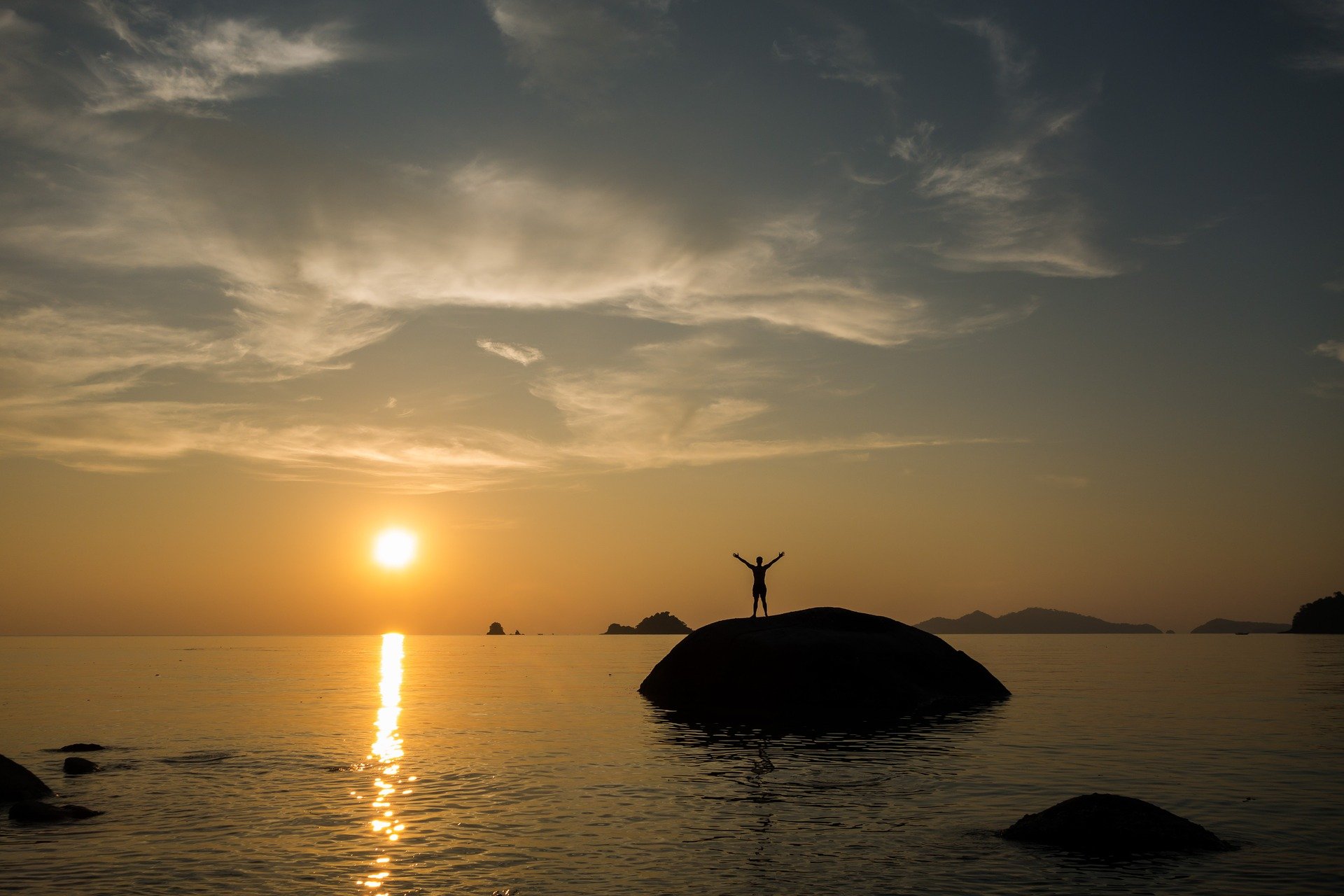 A few years ago when I started panicking that I was failing at adulthood by entering my thirties with a low salary and without a clue about money, personal finance blogs came to my rescue. I think The Simple Dollar was the first blog I came across, and I recall devouring its archives over the course of one weekend. From there, I found a number of other American blogs, before encountering Monevator, a dedicated resource for UK saving and investing advice. My annual pay had recently increased from £4,800 to £8,400; not a great salary by any means, but finally enough to start thinking about saving and investing while working for a non-profit I loved in a remote town in Northern Thailand.

I probably spent a couple of months trying to decipher what ETFs and SIPPS were, and how to make simple investments in a Stocks and Shares ISA. I was paralyzed by the amount of the complex information I was finding, and was seriously tempted re-bury my hand in the sand. I was unsure whether I was even eligible to start investing or make UK pension contributions when I was living abroad.

But step by step, I started taking action on the advice I was reading. What I did over the course of six months completely transformed how I manage money, and how I think about money, enabling me to turn my finances around. These are the main steps I took:

Calculated my net worth

Your net worth is the worth of your assets (cash, investments, house, etc), minus your liabilities (loans, etc). When I first calculated my net worth, I didn’t have all of my financial information to hand, but I made some earnest estimates: I had no assets, and about £2,000 in my Thai and UK accounts combined. I guessed I might have £6,000 in a previous work pension and £18,000 owed in student loans.

All of this combined to a net worth of -£10,000. Seeing that number was a punch in the gut, especially as I had been working in one way or another since I was 14. How could I have slogged away for so long with nothing to show for it? That was when I knew I could no longer be ignorant about money. Each month I would put my figures into my spreadsheet and see my net worth gradually rise. It took over two years, but I was proud when I finally crossed the threshold into positive net worth.

This is often one of the first things recommended to people who are struggling with their finances, and I think it works like magic. It’s the most simple task – to log your expenditure in some way – but it can lead to profound realizations about how much money you spend, and whether your spending aligns with your values. I downloaded a free app called Spending Log from the app store (I’ve since splashed out for the paid version at the grand cost of £2.99), and have been using it ever since. Because I force myself to log every single purchase in the app, I have to think carefully before I make them, knowing that future me will be judging current me at the end of the month when I review my expenses. If I see I’m spending a ton of money on beer, which gives me terrible hangovers and extra padding around the waist, I’ll be more inclined to cut back (which I have).

Started investing through a stocks and shares ISA

An ISA is a tax-efficient vehicle through which you can save cash or invest. I’ve had a cash ISA since I was 18, so I was familiar with them, but the stocks and shares version completely confounded me. Still, I was determined to open one, knowing I should try to get into investing while still relatively young to take advantage of compound interest.

First of all, I had to figure out if I was eligible to open a new ISA as a Brit living abroad (after consulting the rather vague HMRC residency criteria, I decided yes I could). Secondly, I had to figure out what to invest in. Even though I saw most advice pointed to simple passive investing, it still took me a long time to get my head around platforms, fees and rebalancing. I was relieved when I found out about the Vanguard LifeStrategy funds, so I opened up an ISA with Hargreaves and Lansdown, popped in £500 and then arranged a monthly direct debit for £50. HMRC have since refined the residency criteria and introduced a residence test, so a couple of years after I opened the ISA, I realized I could no longer be classed as resident and take advantage of ISAs. I stopped contributing, but the money in the ISA is still invested, and therefore still growing.

Made new contributions to my pension

The word ‘pension’ was an instant cue to switch off when I was younger. I finally opened a pension in my mid-20s after being pushed by my previous employer to do so (and after missing out on a year of generous matched contributions). I didn’t give it much thought except to insist it was invested in some type of ethical fund. After moving to Asia the only time I remembered I had a pension was when I would make a trip back home to my mum’s house and see a Legal & General envelope addressed to me.

Again, driven by personal finance advice and scare stories about how millennials were failing to save enough for retirement, I rang up L&G with my documents and got access to my account online. I was amazed that the little money I had invested personally had grown to over £7,000. This was the magic of compounding that I had been reading about. I found out that I could make contributions to my pension from abroad for up to five years, but after that I would be ineligible. So I set up another monthly direct debit for £50, and only stopped a couple of years afterwards after I had passed the 5 year limit.

Found out how much I owed in student loans

I had informed the Student Loans Company (SLC) that I was abroad, because I knew that they issued a penalty if you failed to do so. I was far below the minimum salary threshold of £15,000 to make loan repayments, but I wanted to see how much my loan was growing each month in interest (£23 at the time). I phoned up SLC and got online access to my account, which enabled me to check the current balance on my loan each month instead of waiting for an annual statement. Knowing how much it was growing each month made me serious about tackling the loan after prioritising investments.

Most of my financial decisions revolved around UK-based accounts instead of investigating what investment options were available to me in Thailand. This is because I was still in the mindset of ‘just one more year’ – believing I’d be back home in a year’s time rather than living abroad longer-term. Since I was focused on making ISA and pension contributions from the UK, I needed to keep topping up my UK bank account. I was saving about half of my earnings after making the above changes. I kept some funds aside in my Thai account for emergencies and travel, but sent the rest back home where I couldn’t touch it and where it could instead go towards creating greater wealth and options for when I decided to return home.

Despite earning a low salary in a remote town far from home, I could still take charge of my finances thanks to the wealth of advice online and Skype (for the numerous calls I needed to make to the UK to set things up).

Getting organized, making sure I have access to all my accounts, and keeping a close eye on spending have all had a significant impact on the trajectory of my finances.

What actions have you taken to put your financial house in order?  Feel free to leave any comments or questions below!