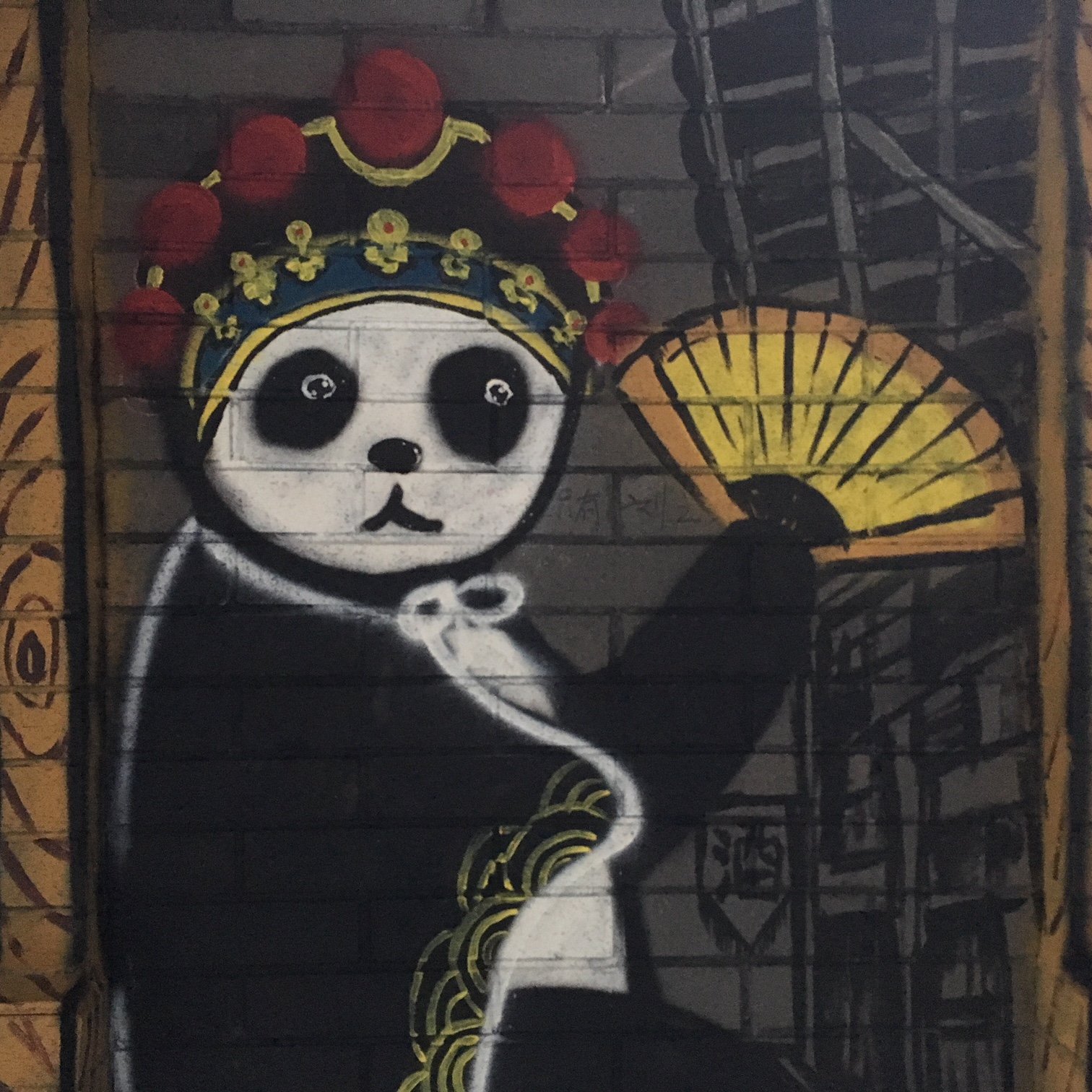 Chomping through Chongqing and Chengdu on just £22 a day

Ever since my partner and I returned from our 12-day trip to Chongqing and Chengdu last month, we’ve been raving to anyone who’ll listen about how China completely surpassed all expectations – from the food, to the culture, people, and the 63(!) pandas we saw.

The whole trip worked out to roughly £488 per person, including flights and visa (bearing in mind we flew from Bangkok). Our daily costs – food, accommodation, travel and sights only came to £21.60, which is much lower than expected given how much we saw, ate, and experienced.

Despite living in Asia for years, neither my partner or I had ever made it to China. Thailand is a top destination for Chinese tourists, but their reputation here and in other countries is rather negative (to put it mildly). Especially compared to the average Thai, the Chinese tourists from the mainland tend to come across as brash and loud. As a vegetarian, I was scared that I wouldn’t be able to feed myself adequately in a country well known for its love of meat. I was concerned about getting a tourist visa while working for an NGO. I was afraid of the language barrier, and so on and so on….

So despite the fact we knew that China is a fascinating country with an incredibly rich culture and history, these preconceptions and concerns had kept us from planning a trip to big brother next door for quite some time. A spot of tea in a tea garden

Why Chongqing and Chengdu?

Top on our list was Chengdu – I had read (or was told?) that it was like the Chiang Mai of China, i.e. laid-back, full of culture, and with tons of good food. It also came highly recommended by my sister who had made the trip several years back. But by the time we started looking into buying our flights to Chengdu in February, the cost had risen by a third because we were flying during April, a month full of public holidays in Thailand when everyone wants to get away. We identified the closest city to Chengdu (Chongqing), looked at the cost of getting there and back (about £10 on a slow train), figured we’d save almost £100, and get to explore another city at the same time – win-win!

My mouth is watering as I remind myself of the incredible Szechuan food we had.  We ate 3-4 meals plus countless snacks a day, just trying to cram as much food in as possible. The most pleasant surprise was how easy it was to get vegan and vegetarian food. On earlier trips to Hong Kong and Taiwan I couldn’t easily find vegetarian food, so I was determined not to let it ruin my trip this time. I did a lot of reading about how to order vegetarian food, what vegetarian dishes to order, and printed out all the essential phrases I’d need in Chinese (this comprehensive guide was an absolute saviour!) I also made a list of all the vegetarian and vegan restaurants in both cities, of which there are quite a few, especially right next to temples. But I soon found I didn’t need to seek out special vegetarian places. I would just bring out my piece of paper, point out the Chinese phrase to say I didn’t eat meat or fish, and they would plop something delicious and vegetarian in front of me. We soon came to realize that Chinese tourists abroad aren’t accurate representatives of their country (duh!). I suppose it’s a bit like how Brits abroad in Magaluf don’t make good reps for the UK. We expected some rude manners (based on what we saw occasionally in Thailand), but the people we actually came across were super calm, polite, friendly, and generally quite lovely. We weren’t able to make any proper conversation with locals, but a smile and some sign language went a long way when communicating.

The cities are clean and organised

Apart from the pollution, which was as bad as expected, we found that both Chongqing and Chengdu were much cleaner, and much easier to get around than expected. There are recycling bins every 100 metres (Bangkok take note), wide pavements for pedestrians, and it was easy to get around on mass transit, as all the stops had English names. The BEST meal we had, near Wenshu Monastery Picking up a tasty snack

We usually don’t go out of our way to see temples anymore, but we loved wandering around the uncrowded temple grounds and gardens, and finding peaceful spots to sit and read amongst the bamboo. A big draw for visitors to Chengdu are the panda research and breeding centres, which were set up to increase the diminishing number of giant pandas and try to reintroduce them back into the wild. We visited the Chengdu Panda Base about 10km north of the city, heading there early to see the panda cubs get their breakfast, and hanging out there for rest of the day. How we kept our spending low

As a couple in our mid-thirties, we are really past the stage of staying in noisy hostels and partying until the early morning. But we’re not willing to splash out on luxury hotels either. In Chongqing we booked at Hanting hotel (we think it’s part of a Chinese hotel chain), which was clean and quiet. In Chengdu we stayed at Mrs Panda Hostel, which is connected to Traffic Hotel (the former aimed at foreign backpackers, the latter at Chinese tourists). Our first night was horrible as our room was near the entrance where late-night revellers would loudly continue their conversations. The second day we asked to move floors, and spent the rest of our stay in a room that felt much more hotel than hostel. Both cost about £13-17 per night for a double room.

We were so happy just pulling up a stool at a local restaurant, or picking up a snack from a street stall rather than checking out trendy restaurants or Western food places. So even though we ate much more than usual, drank far too much bubble milk tea, and had a beer or two in the evening with our food, we spent relatively little on food and drink. We were so taken with xiaomian noodles we were happy having them a couple of times a day at just over £1 a bowl, and I would eat from every single baozi stall I could find for 30p per bun. Travelling around the city, we didn’t take any taxis, preferring to walk or take mass transit (including taking buses in the wrong direction – oops!). To travel between Chongqing and Chengdu and back, we opted for the cheapest seats in second class on slow trains, which cost $7 each one way (plus booking fee using this site). We could have gone for high speed rail which would have cost at least $25 each, but we weren’t in a rush, and were quite happy to view the scenery and share snacks with our fellow passengers on a longer trip.

Booking a package tour with a hotel to see sights outside the city is often a good option, but as we’re quite confident travelling independently we chose to go it alone.  Not only did this mean we could take our time, spending a day fully exploring each site instead of being hurried to finish up in a couple of hours, we also saved quite a bit of money. Here’s an example: a day trip to visit the pandas and giant buddha in Leshan cost £57 per person through our hotel. We managed to visit both for just £30, almost half the cost. By doing some research online, pre-downloading maps on our phones, and embracing a bit of adventure, it was quite easy to do. Embracing challenge is part of our travel style

Keeping our spending to a minimum while travelling around China was actually not the greatest priority for us. We had budgeted more, and failed to spend it. Rather, low expenditure is just a happy by-product of the experience we seek while travelling; we embrace eating and travelling as locally as possible, even if we can’t communicate in the local language. We love the satisfaction of working things out by ourselves instead of paying tour guides to work it out for us. Challenge is what makes travel for us so satisfying; we’d be bored out of our minds being waited on hand and foot in a fancy resort.

If/when we have kids, or just need to chill the f*out, this will probably change, but for now this style of travel works for us. Trying to figure out the metro system

China, we’re coming back for you…

Now that we’ve had our first taste of China, we’re dying to go back and see more. Beijing or Shanghai will probably be one of the first pit-stops on our three-month tour of Asia later this year.

Have you been to China? What kind of travel do you embrace? Feel free to leave any comments or questions below!

Pin this for later!