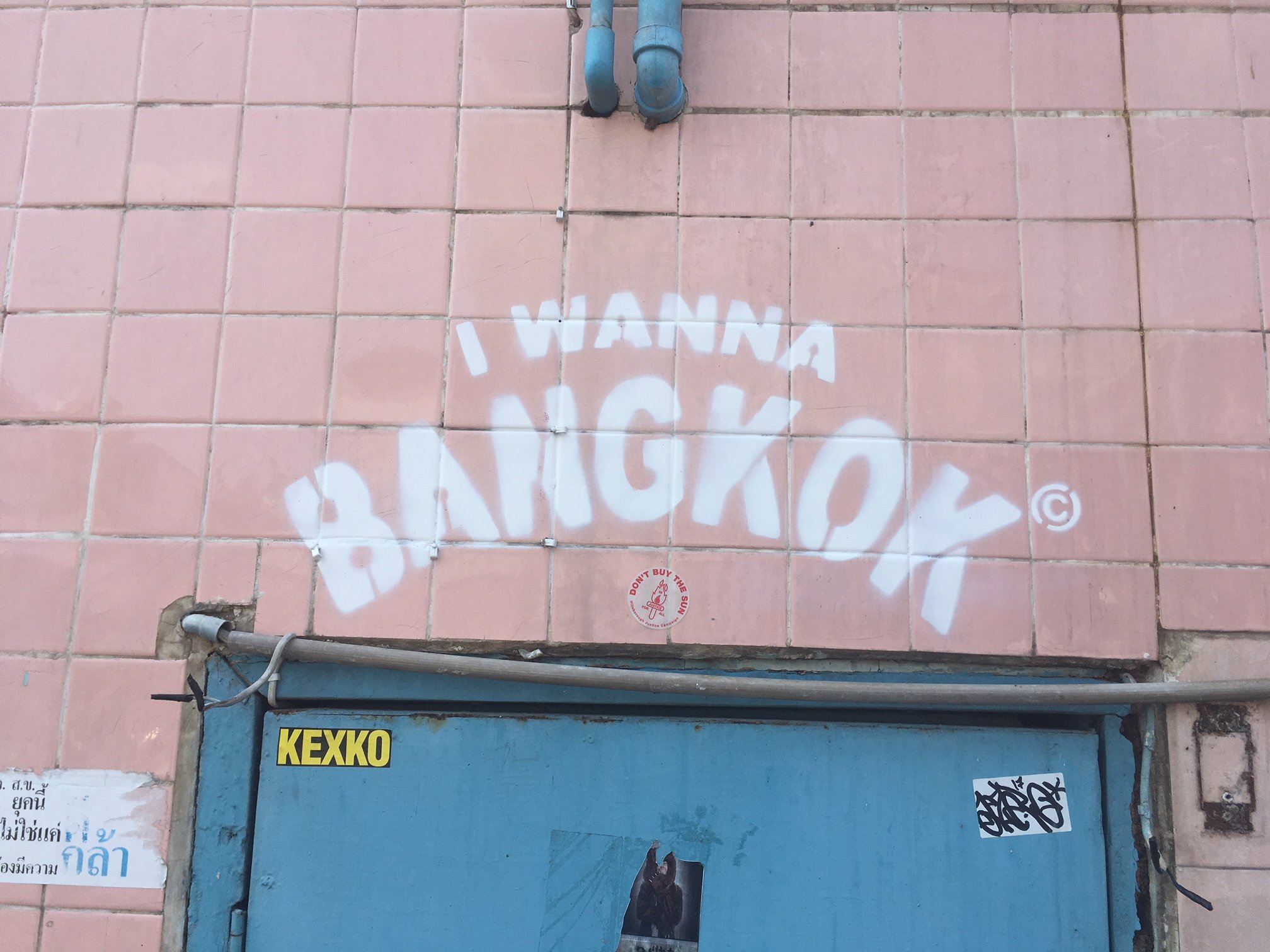 How much does it cost to live in Bangkok? It’s up to you.

Thailand is generally seen as a country with a low cost of living. That much is true. Away from the capital, costs for housing, food, and transport plummet. In some remote provinces, you’ll struggle to spend money because there’s nothing to spend it on.

But Bangkok is where it gets interesting. It’s a city that’s home to the wealthy 0.1% elite who drive around in their ridiculous Ferarris, and to the urban poor and migrants from neighbouring countries who survive on minimum wage. It’s also home to millions of middle class Thais who love to eat, drink, and shop on modest incomes. All of this means that there’s a Bangkok for every price point. It can be as cheap as you want, or as expensive as you want.

The other part of this equation is earnings, which also vary hugely. A foreign teacher in Thailand can earn 30,000 month teaching in a local school, or three times as much in an international school. As a professional in the non-profit sector, I could have taken a job for 25,000 a month with a small civil society organisation, or earned a mini fortune with the UN.

If you want to live on 9,400 THB a month, you can certainly try (I wouldn’t recommend it), or you can live a comfortable lifestyle for 80,658 THB month and upwards. It depends on what you value spending money on, and what your savings goals might be (assuming you have them). I agree with the general consensus that foreigners should budget at least 30,000 a month to live comfortably in Bangkok (see here and here for similar assessments). And it will take self discipline to keep to a budget that low. Bangkok is a city of massive temptation (and advertising). Everywhere you go in the city centre, something is just screaming at you to part with your money. I find it really hard to resist dessert cafes…

Despite being a complete convert to saving aggressively for financial independence, the reason I suggest that foreigners don’t push their budget to the bare minimum is because living in Bangkok can be hard. Yes you can choose to live in a studio for 5,000 THB a month, but can you actually see trees and birds? Does it take a sweaty battle through traffic and commuters to get anywhere? Do you have the freedom of cooking what you want when you want? Living a life of perpetual street food, traffic, noise and pollution is not enjoyable after the initial novelty wears off, and is definitely not sustainable. So be realistic and safeguard against the worst of Bangkok so you can enjoy the best of Bangkok.

The range of costs in Bangkok – and what we actually pay

I recommend people live close to an BTS/MRT station so that they can get places while mostly avoiding traffic. An 18 sqm studio in a central-ish location might cost between 9-15,000 THB month, while a one-bed in a similar location might cost 18-30,000 THB month. We pay 22,000 THB for a 45 sqm one-bed apartment in a high-end area with a pool and gym. I asked for a 2,000 THB month discount three years ago, and rent has stayed the same since. I’ve seen the units of the same size going for 30,000 in my condo building, so shop around and don’t be afraid to ask for a discount! Living near a BTS station makes life much easier

Food prices range a great deal, depending on what and where you are eating. You can eat dinner for as low as 40 THB in a food court, or eat a healthy salad in a restaurant for 250 THB. Looking back at my 2017 spending, I see I spent an average of 4,400 THB a month on all food, including groceries and eating out (although this doesn’t include food when I was traveling). As a vegetarian, my grocery costs are lower, although I often pay more for free-range eggs, organic vegetables, and imported food (I need my chocolate digestives). This 25 THB bowl of noodles sure is tasty, but hardly filling

Transport is one of those things that is cheap regardless of what mode, especially compared to London. A BTS or MRT ride costs between around 15-50 THB depending on distance, and a taxi meter starts at 35 THB, meaning it can sometimes be cheaper to take a taxi if you’re traveling with others. I typically spend 1,500 THB a month, mostly on riding the BTS to and from work. Or you can get a canal boat for 13 THB

Electricity and water bills are usually charged at standard rates, but sometimes apartments will charge tenants a set fee to make extra money. For example, we pay about 50 THB a month for water, but my friend in a cheaper apartment pays 700 THB a month. So it’s always good to ask if you’ll pay the government rate, or a fixed rate. Our electricity costs are low at about 300 THB a month because we don’t use AC much, but this can go up to over 1,000 THB depending on how much you crank up the AC.

Rates are pretty similar across all providers. Expect to pay 300-600 THB month for data and calls depending on how much you need, and another 700 THB for monthly wifi. I’m sure there are also cheaper deals where you can get both combined. I spend about 300 THB a month on pre-pay phone credit (I haven’t bothered getting a contract), plus 700 something for home internet.

Unless you’re drinking 10 THB shots of ya dong on the street alongside construction workers and motocy drivers (which we often do), drinking in Bangkok is not necessarily cheap. A local beer at happy hour in the pub will cost between 80-100 THB, and a decent glass of wine at least double. A cocktail at my favorite bar WTF costs at least 250 THB.

Cinema is cheap, at about 120-280 THB a ticket, depending on when and where. We occasionally go to the Democrazy Theatre, where tickets are between 400-500 THB. There’s also loads of free events happening all the time, and as we don’t go clubbing, our expenses here are low. But if you’re into seeing famous bands, or going to festivals, then expect to spend much more.

You can pick up a cute top for work for 100 THB at Siam Square, which will look like shit after three washes, or buy something nicer at Zara for 1,000 THB. In general, buying from Western stores like H&M is more expensive here than back home. I buy my stuff from Uniqlo – it’s still affordable, but the quality is fantastic.

Don’t forget these other essential expenses

Taxes (ok not exactly an expense, but still)

Unless you’re working here without a work permit or earning less than 150,000 THB, you’re going to have to pay income tax. Mine’s 10%, plus a monthly contribution of 750 THB for social security. There’s no council tax (yay!)

Each year I renew my visa for 1,900 THB, and get a multiple re-entry permit for 3,800 THB. I’m unsure about work permit fees. My work covers all of these costs. But loads of foreigners are here without proper visas and work permits, in which case they have to budget for regular visa runs, and paying for tourist or education visas. Make sure to include these in your budget so you’re not left short when you need to leave the country.

Healthcare costs outside of the public hospitals range quite a bit, but are generally affordable (at least I think so – as a Brit I’m not used to paying for healthcare). For example the cost of a consultation in Bumrungrad (which feels more like a luxury hotel than hospital) will cost more than one at St Louis. I get health insurance from work, which covers up to 2,000 THB of outpatient costs per visit. I also got a comprehensive health check up last year for 9,000 THB, which isn’t covered by my health insurance, but is something that I wouldn’t be able to get on the NHS back home.

At some point, you’re going to want to escape Bangkok, whether somewhere else in Thailand, or to explore a country in the region. Again there are major cost variations. A bus going to Chiang Mai can cost less than 500 THB, whereas a flight on Bangkok Airways can cost 3,000 THB. During months I don’t travel, I can easily keep my expenses below 30,000 THB a month, but during the months I do, my expenditure blows up – especially if it’s a trip back home to the UK. So don’t forget to consider travel costs while budgeting for cost of living. That’s a wrap! Any questions or comments on the above? Do any Bangkokians want to weigh in? Leave your comments below!