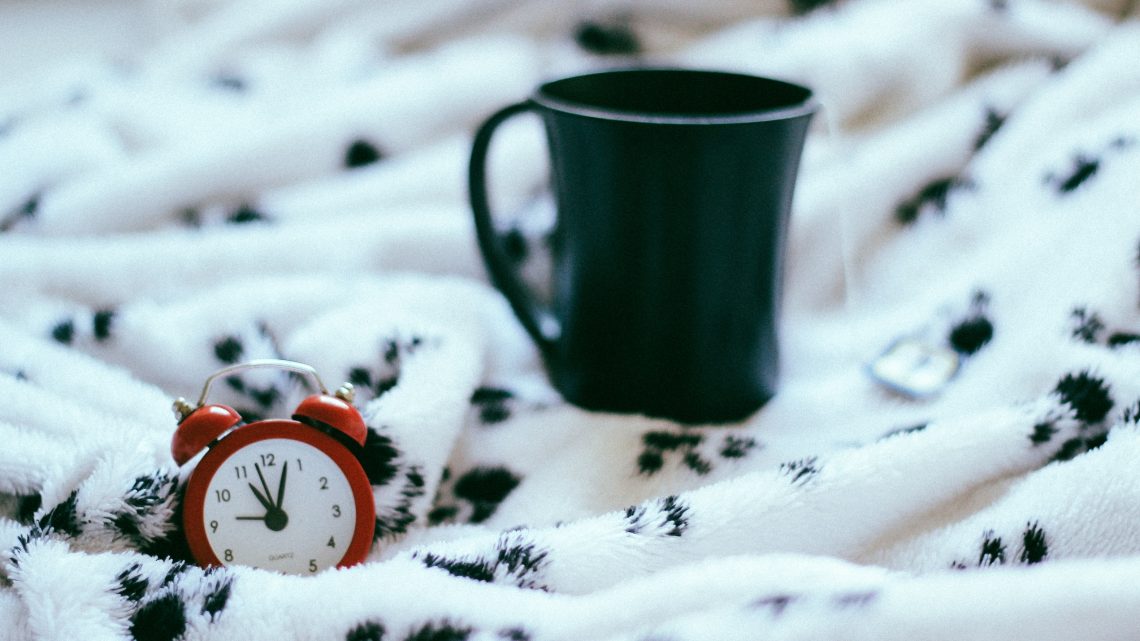 Back home in the UK, August used to be my favourite month. Summer holidays, picnics in the park, and Notting Hill Carnival…

While trying to keep dry, I’ve also been cracking on with various goals I’ve set for this year.

This month, I decided to carve out more time in the morning, instead of trying to fit everything in after work.

As a result, this is what my morning routine looks like at the moment:

Attending to my personal priorities before I get to work puts me in a much better frame of mind for the rest of the day. It also leaves my evenings free for working out, cooking, and guilt-free Netflix binging. Just this small change has had such a massive impact on my productivity and mood this month.

One morning last week after a later night than usual, I decided that an extra one-and-a-half hours of sleep might do me some good. That seriously backfired. By waking up at 7:30, I only had an hour before I had to leave the house. It was too short to do anything productive, so I just mindlessly scrolled through social media before panicking about time, jumping in the shower, and rushing to work. I was in the worst mood for the whole day.

To think this has been my routine for most of my working life!

Although this month was quite spendy by my standards, I managed to reached a savings rate of 69% thanks to an inflation-based salary increment that went into effect this month. It’s backdated to January, which bumped up my August pay nicely. But it’s also my last full pay cheque for the foreseeable future, so I’ve got to make it last!

I barely spent any money in the first half of the month. I was at a “staff retreat” in Amphawa for a whole week, where all my expenses were covered by my organisation. But I had a bunch of things to buy for our upcoming travels, including a good pair of trainers (in anticipation of 20,000-step days), and toiletries. A whole lot of other money went towards expensive sushi, pizza, delicious vegetarian/vegan food, massages, and skincare. Early morning alms-giving in Amphawa, about 2 hours from Bangkok

Despite being with my German partner for years and years, I still can’t speak the language. And it looks like I’ll be spending a lot more time in Germany next year. So I decided it was time to ramp up the efforts.

I’m a big fan of Tim Ferriss, and he’s written a lot about language learning hacks, so the first thing I did was figure out the 80:20 approach to learning German. For now I’m focused on learning the 500 most commonly used words, and deconstructing phrases so I get a better grasp of the grammar. I’m also listening to News in Slow German and doing some lessons on Duolingo (I’ve been doing this intermittently for a while now, but not systematically).

I feel like I’m making progress, but there’s no getting around the fact that German is a bloody difficult language to learn, especially with all the grammar rules. Even trying to read silly articles on Buzzfeed Deutsch makes my head hurt.

I had a goal to read 52 books this year, and I’m terribly behind thanks to the fact that Les Miserables is practically worth 20 books since it’s so dense. But I finally finished it off this month, along with Why I’m No Longer Talking to White People About Race*. I found the title of the latter to be quite contentious, but it’s a worthwhile read, especially as a Brit, and person of colour.

It makes a very important point that in the UK we rarely engage in our own history of racial discrimination and civil rights struggles. We know far more about Martin Luther King and Rosa Parks than we do of our own civil rights activists. The book also offers an important overview of structural racism and the intersections with class and gender. It’s definitely a must-read for the current social and political context.

I haven’t really mentioned before what I’m doing to try create some additional income for when I leave my job and start my mini-retirement. It’s because I haven’t quite found anything yet.

I’ve been researching a whole bunch of things, like reselling (I’d love to set up a vintage clothing store online), digital downloads, matched betting, and then smaller beer money opportunities.

But being in Thailand and in transition makes some of these things difficult, so I’m just ruminating for now.

Whatever what causing me chronic pain a few months ago seems to have passed, so I’m back to eating gluten and dairy – at the expense of my flat stomach.

But whatever. I’m happy cheese, bread and chocolate are back in my life.

I’m trying to compensate with exercise, but the aforementioned rain is making it harder to do my usual mix of running, swimming, and aerobics.

That’s a wrap for August. How did your month go? Comment below!