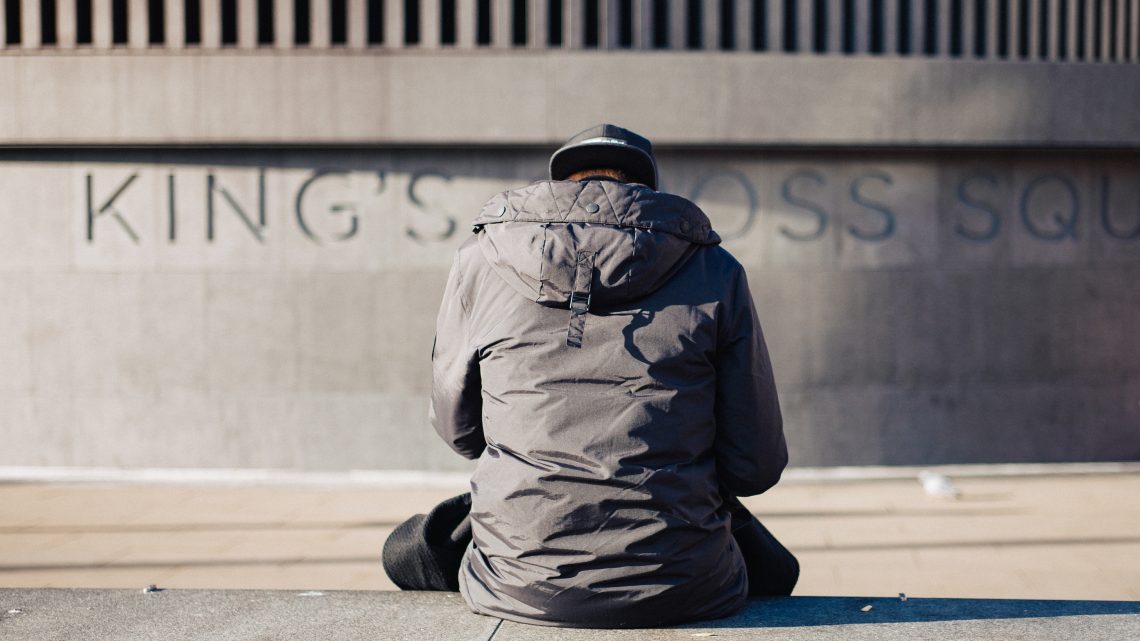 Living with no money for a week

Last week I started packing for our travels, and our eventual transition back home. Eight years of accumulated possessions to be crammed into two suitcases.

Thankfully, the task wasn’t as difficult as I thought. When you know that you’ll be moving back across the world at some point in the future, you rein in your hoarding tendencies.

Anyhow, before I started the whole process, I went onto YouTube to see if there was anything to watch while mindlessly folding clothes. My YouTube suggestions usually involve fitness videos and Asian beauty bloggers (a few years ago I looked for a video on Korean-style eyebrows and fell into that particular YouTube vortex).

This time however, a different sort of video series caught my eye: London with no money, from a channel called London Hacks, hosted by a charismatic guy called Toba.

As a former and soon-to-return Londoner, I thought I’d give the first video a watch. And I was hooked after the first five minutes: as a first step, Toba manages to get a bunch of vintage clothing for free. Like what???!!

London with no money – the basics of the challenge

This video series was a collaboration with another YouTuber called Simon Wilson. Simon seems to be a pro at blagging free stuff. His YouTube channel is full of survivalist challenges that take him across the world without money.

Both would be taking the challenge at the same time, but independently. They’d film the experience and post their videos on their respective channels.

They would start out the week with only the clothes on their back (and their various devices). But no money, no food, and no place to sleep. They could bring one thing into the challenge – Simon chose a space pair of boxers (seems sensible), and Toba his skates.

Differing tactics to living with no money

After watching Toba’s documentation of his week without money, I went over to Simon Wilson’s channel and watched his. It was quite fascinating to see how their approaches to the challenge differed so much.

Toba’s approach involved a ton of meticulous planning and research. As well as securing a whole weeks’ worth of clothes for free, he managed to find free food, fitness classes, access to showers, and transportation. He did this all through legitimate means: free trials, special offers, and just asking people nicely.

Simon’s approach was much more laid back, but bit more morally dubious. He usually didn’t know how he’d secure his next meal, or what his next step would be. He’d sneak into fancy hotels and use their showers/spas, and grab a free breakfast or coffee. He’d pretend that something was missing in his McDonald’s order and get the cashier to hand it to him for free. But he’d always do it with the utmost politeness and a big smile, and he’d give whatever he had extra to the homeless.

Having exhausted these videos, I went on to watch LivingBobby’s challenge of exploring different UK cities without any money. Again his approach was a bit different, and was focused more on experiencing UK culture and interacting with the locals.

Watching these videos was eye-opening and thought-provoking, and not only in terms of what is possible to wrangle for free in London.

Firstly I was impressed by the creativity of these YouTubers. They used so many different ways to get their basic needs covered. After they’d already tried and tested one technique, they’d move to another. For example on one day, Tuba tested out the Olio app to pick up food that would otherwise be chucked away. The next day he found a website that maps out every fruit tree in London, and went foraging.

Secondly, I was amazed at their ability to embrace discomfort. Toba ended up sleeping in Kings Cross station, Simon in disabled toilets in 5-star hotels. It did not look pretty. They were also incredibly confident with asking people for free stuff (which is way out of my comfort zone)

Thirdly, these videos showed just how warm and generous people can be when approached. Simon got a launderette to clean his T-shirt for free, and a shop assistant in a sandwich shop to empty out his fridge to give to the homeless.

The challenge would also be different for women. These young men don’t think twice about sleeping rough in a train station, or walking around London’s streets at 3am.

So while these videos don’t show the reality of living homeless, they may help people who find themselves in a tight spot, and need some advice on how to survive short-term on little to no money.

Money gives, but it also takes away

I started thinking about how money makes our lives so impersonal and routine: we use it in transactions multiple times a day, but rarely do these transactions lead to meaningful interactions.

By removing money from the equation and having to actually interact with people, these YouTubers often discovered kindness and generosity.

And by using creativity to get those things we take for granted: basic food, a toothbrush, or comfortable chair in which to sleep, they experienced a huge amount of gratitude for these simplest of things.

After watching these videos, I was certainly appreciative of the long shower I took after my day of packing, and the comfortable bed I had to sleep in.

So while we don’t have to go to the extremes of doing a no money challenge, we can take the time to have a look around us and be thankful for what we have.

Have you ever had to survive without money for a while? I’d love to read your comments below.