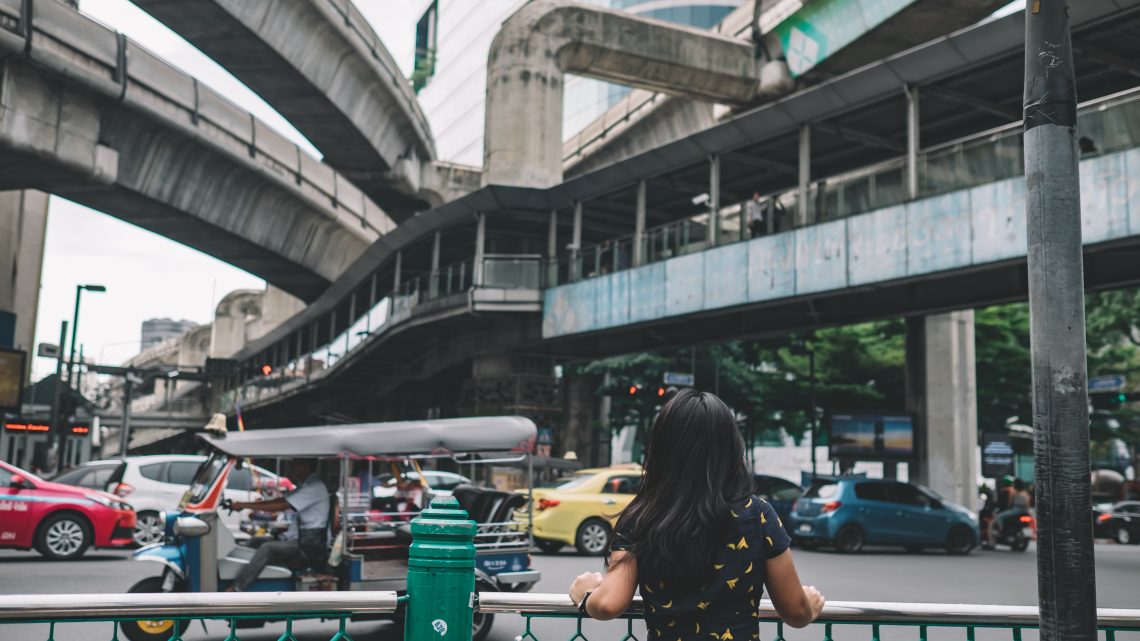 September is the month I had been anticipating the whole year. It’s the time I would finally walk away from my current 9-5 job in Bangkok, pack up my things, and start our three-month tour of Asia.

Bangkok has been my home for the last four years. It’s the longest time I’ve ever stayed in the same job, and slept in the same apartment. So I suppose this is the place I’ve felt the most settled, but not the most attached. My former life in London was always punctuated by either moving jobs or moving flats.

Handing over at work

The best part of the month was getting liberated from work. I had given five months notice, which left lots of time for my organization to prepare and find a replacement. My successor started three weeks before my departure date, and left me with enough confidence that they could handle the demands of the job.

Working for my organization has felt like being part of a dysfunctional family. We love each other, but boy do we have our problems. I love working in social justice, and I will definitely come back to it, but handing over my office keys and walking away from the tensions has lifted a burden from my shoulders.

On my first official day of unemployment, we went up to Ayutthaya, which is the old capital of the Kingdom of Siam. It’s an easy train ride up, and a friend had offered us a free night’s stay in his resort. I had been up there previously – but on a weekend when the train is packed, and the temples are teeming with tourists.

Going up there during the workweek was so much more relaxed – there were plenty of seats available on the train, and we often had the temples to ourselves. One of the perks of having freedom over your time! Packing away my years in Thailand

The biggest challenge of the month was trying to pack up and clean our condo. I had already been thinking about this for a while, using up as many toiletries as possible, and cooking up what was in our kitchen cupboards.

Since I am quite minimalist and very environmentally conscious, I don’t own more than I need. That meant that packing away my clothes and other personal possessions was super easy. My partner had a bit more difficulty, as I think he underestimates what he owns 🙂

But other items can amount to a lot, and we wanted to make sure we handed these over responsibly. We ended up:

I could have made some money from re-selling some of my items on Desperately Seeking Bangkok, but I didn’t have enough bandwidth to organise this.

We also sent 29kg of books off home via DHL, and sold a bunch back to Dasa, the secondhand bookshop.

We had two farewell parties- one with work, and one with friends. I chose the same venue for both – Kenshin Izakaya.

This place has pink beer (Sakura flavor), purple (lavender flavor), popcorn flavor, and fruit flavours. It’s AMAZING, hence why we went there twice. Both parties showed a clear consensus that the passionfruit beer is the best.

Knowing that I’ll be seeing most of my friends and colleagues again when we circle back round to Bangkok in December means I haven’t felt sad about leaving as yet. But once we do that final farewell, I know I’ll be much more emotional about it.

After we handed over the condo to the landlord, I realized I was no longer the owner of any keys. No office keys, and no house keys: I was officially nomadic. Scary, but super liberating.

We spent our last day eating at our favorite hole in the wall restaurant on our street, hanging out at Dasa with a friend, going for a walk in the park, and then having a last meal in the local pub.

Now that we’ve recapped the month, let’s briefly see how I did this month on 2018 goals:

Apart from spending a fair bit on passionfruit beers, this month wasn’t expensive. In fact, it was the least spendy month of the year. Thanks to the free accommodation, the trip to Ayutthaya cost a total of 270 THB (£6), including food and snacks!

My only regret this month is paying the pink tax on some razors for our travels. I should have just bought the ones for men.

I’ve been making steady progress on Duolingo, doing one ‘subject’ per day. We also started watching Babylon Berlin so I can practice my listening. I feel like I already know so much more vocab, but I’ve not really tried to tackle the infamously difficult grammar yet.

Not much to report here! Moving on…

Apart from doing a little bit of yoga each morning, I haven’t been keeping up on my usual cardio. But I did crack one goal I set 2-3 years ago – I swam 50 laps in my pool! I had to make sure I did that before I moved out.

The challenge wasn’t physical – it’s just that I tend to get bored swimming, so I had to push through the boredom.

I read Religion for Atheists by Alain de Botton, which argues that some aspects of religion are valuable and should be applied within a secular society. As an agnostic (i.e. I can’t be bothered to believe anything), I really enjoyed this beautifully written book, and especially enjoyed the chapters on art.

I also started reading Sapiens by Yuval Noah Harari, which everybody seems to be reading.

But no fiction this month – is there anything I’m missing out on?

This makes the average savings rate from January to September 59%. I had set a goal for 60%, so I’m just under.

My January to September goal was 20%, so I made this one!

How was your September? Any great books to recommend? Comment below! Some affiliate links above