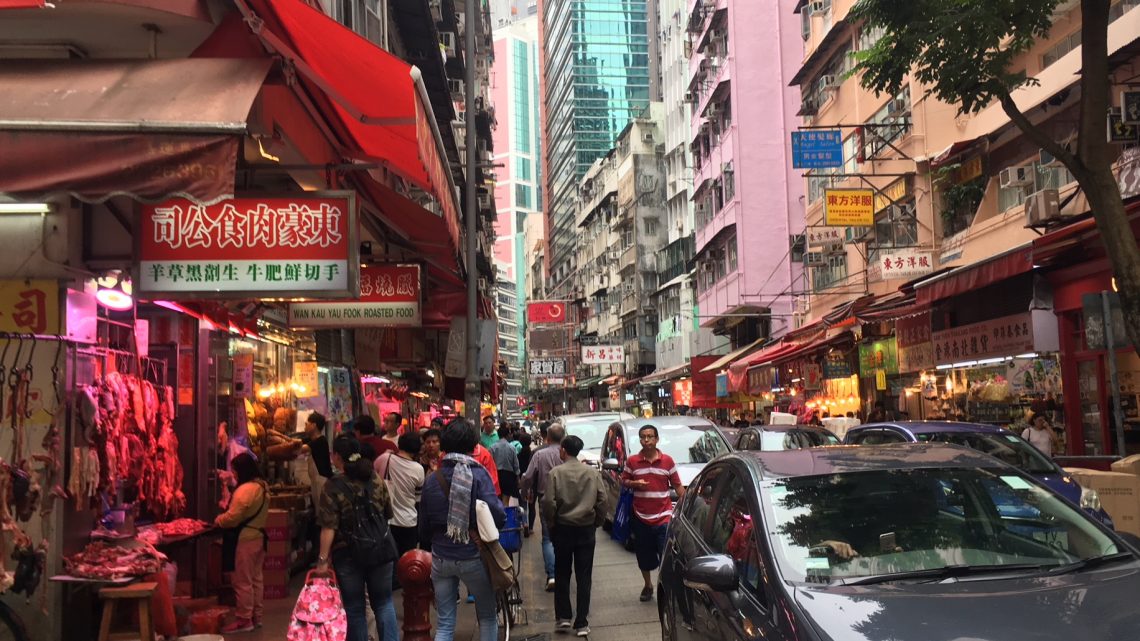 Welcome to the fourth edition of Asia on the Cheap! After a month of frenetic travel around Shanghai, Japan, and Taiwan, we landed in Hong Kong and took a much-needed breather.

Hong Kong may not seem like the most obvious city to take a relaxing break: it’s a vibrant metropolis buzzing with energy that buoys its visitors to explore its colourful nooks and crannies, eating and shopping along the way. Outdoors enthusiasts can take one of the many hikes across Hong Kong – some of which are a mere stone’s throw away from the skyscrapers that dominate the city.

But for me, Hong Kong happens to be home to a good childhood friend – someone who’s happy to chat at home while she’s cooking, or just sit and watch Eastenders. As she’s trying to bootstrap a new business in Hong Kong and is on a tight budget, we happily spent five fairly frugal days together.

Since I’ve been to Hong Kong a couple of times before, most recently Christmas 2017, I wasn’t raring to go out and tick off a list of top sites. I was ok to just hang out in my friend’s apartment, explore some hiking trails, and try some local eats. My partner was busy working towards a deadline, so barely left the apartment at all. This means there are fewer highlights than usual.

I’m obsessed with the Hong Kong pineapple bun. Depending on where you get it from, its texture ranges from cakey to bready. It’s covered in a sweet sugary crust, and is best served fresh from the oven with a generous slice of cold salted butter. My foodie mission was to eat a pineapple bun every day, which wasn’t too hard to achieve, especially as my friend lived so close to Kam Fung Café, which serves mouth-watering pineapple buns from the early morning. Hong Kong is incredibly green, hilly, and covered with hiking trails, allowing locals and visitors to swap dense city surroundings for some gorgeous walks in nature. We took a ferry to Lantau Island, and hiked from one village to another, saying hello to some wild water buffalo that languidly inhabit the island. If I come back to Hong Kong again with some time to spare, I would be very interested in camping on Lantau for a couple of days. The beach on Lantau Island We also did the Wan Chai Gap, a hike that starts from just behind the bustle of Wan Chai. Once your legs and lungs are busted from the steep hike to the top, you’re rewarded by a long flat pathway that offers fantastic views of the city.

Taking in the atmosphere at a cha chaan teng

A cha chaan teng is a local diner where you can get a strong cup of tea or coffee to go with your eggs, toast, or noodles. They are often one of the more affordable places to grab a bite in Hong Kong, and are a great place to people watch (if the queue of people and brusque waiters allow you to sit that long). It’s also a place to try out the aforementioned pineapple buns, and Hong Kong style French toast: two thick slices of egg-soaked toast spread with kaya or peanut butter, fried, topped with butter, and drenched in syrup or condensed milk. We flew from Taiwan, and took the cheapest flight we could find with Hong Kong Express. It cost less than half the price to fly from Taichung than from Taipei, so we built a visit to Taichung into our itinerary.

We are really lucky that my friend has a spare bedroom. Property prices are truly through the roof in Hong Kong – for example, my friend’s two bed costs £3,500 a month! That said, I think AirBnb still has some good deals. We spent just £24 a night for a whole apartment back in 2014 when we first visited Hong Kong. A quick look on AirBnb today indicates there are still affordable places on offer.

We mostly ate at home, or in cheap(ish) cha chaan tengs. I say cheap(ish) because no food is actually very cheap in Hong Kong. I pitched in for some groceries and beers from the supermarket, and we went out for dinner a couple times with my friend’s friends, but I tried to keep it cheap by not drinking. Pret a Manger and Marks and Spencer are both in Hong Kong, and I had to resist a really strong desire to get food from there – it’s been a long time since I’ve had a good sandwich! We found a good vegetarian restaurant

Even with my attempts to reduce my spending on food, and cooking a lot, I still managed to spend almost £17 on food each day. I suspect the cost of pineapple buns added up!

I borrowed a spare Octopus card from my friend and put 100 HKD on it, which covered most of my travel while I was there. We took all sorts of transport to get around, including the MTR, ferries, trams, and buses.

We saved money on getting to the airport and back by taking a bus for just 65 HKD return. This was so much cheaper than getting the Hong Kong Airport Express, which would have cost us 115 HKD just one way. While it takes a bit longer, it was nice to sit on the top deck of the bus and take in the scenic view.

We didn’t pay entry fees for anything, and our main source of fun – hiking – came for free. We took the Star Ferry between Hong Kong Island and Kowloon from which you can see the spectacular Hong Kong skyline, but that cost a mere pittance and is already included in the travel cost above.

That brings the total cost of our 5 days in Hong Kong to £134.40. If I didn’t have such a love for Hong Kong baked goods, I imagine it would be lower than this, but je ne regrette rien.

Have you been to Hong Kong? What did I miss? Comment below!