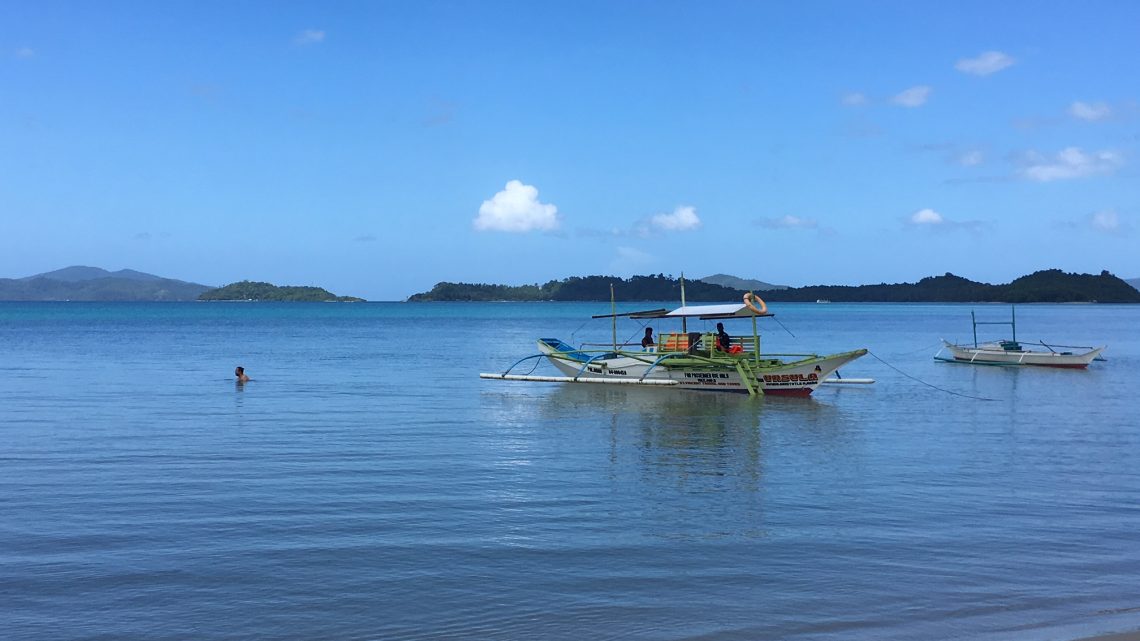 Asia on the cheap: Philippines edition

Welcome to the fifth edition of Asia on the Cheap! After exploring the cooler climes of East Asia, we landed in the Philippines, and got smacked in the face with Southeast Asian humidity as soon as the plane door opened.

The Philippines feels unique in the Southeast Asian region. The Spanish ruled for over 300 years before the US took it over for 50 years. Its colonial heritage comes through very clearly in its language and culture: most names are Spanish, the majority of the population is Catholic, and there’s a big love of basketball and fast food. Christmas also starts early in the Philippines – they start playing Xmas songs in September! Xmas in full swing in Manila

I expected this to be my least favourite leg of our three-month trip. In spite of having Filipino heritage, the Philippines has never been high on my list of countries to visit. The food pales in comparison to the cuisine in the rest of region, crime is comparatively high, and traffic is brutal (not to mention the misogynistic, murderous strongman currently in power). But this trip absolutely exceeded all expectations.

We spent a total of 12 days in the Philippines, first going to Palawan, then Batangas, before rounding off our trip in Manila.

I’ve been to the Philippines a handful of times since I’ve been based in the region; sometimes for work, sometimes for holidays. Because I’ve knocked off quite a few tourist spots during those previous visits, this trip was more oriented to spending time with relatives, catching up with my ex-colleagues, and doing some business.

A while ago, a Filipino businessman contacted my partner about potentially building a school or community centre in Palawan, a major island to the west of the main archipelago. Months of correspondence later, a trip to Palawan started to shape up, with me included! We were flown from Manila to Puerto Princesa, and whisked immediately to an area called San Vicente, a part of the island on the cusp of major development. For now, it’s a sleepy village with beautiful empty beaches, but all the big-name developers have bought land in the area, an airport has been built, and the highway to San Vicente is being expanded. Let’s hope it doesn’t ruin the pristine beaches. Look at how clear the water is!

My partner and I are not religious at all. However, we both share an appreciation of churches (for the architecture and atmosphere, not the sermons). We ended up going to an English-language mass  alongside 2,000 worshippers. and got some insight into Filipino faith. Mass with the masses in Batangas

An afternoon at the horses

We followed Sunday mass with an afternoon of betting. There’s a race-course close to where my relatives are based in Batangas, so we spent a nice breezy afternoon watching a few races. We even won our first bet (a profit of 10 pesos – about 15p!) A day at the races

I didn’t grow up knowing my extended family in the Philippines, so I’ve never felt close to my cousins. This time however, we had some time to catch up and get a bit more personal. A lot of bonding happened during impromptu drinking sessions with copious amounts of San Miguel beer.

I never would have imagined that I’d list food as a highlight of the trip. My previous trips to the Philippines have been full of fast food, sweet bread and pasta, and picking chicken out of my food because most people didn’t seem understand what it means to be vegetarian. Unlike the last time I was in the Philippines, this time I was pescatarian (i.e. I’ll eat fish, but no meat), and this made all the difference with helping my relatives figure out what to feed me and finding options in restaurants. While Filipino food has nothing on Thai, Chinese, or Malay food, I realise it can hold its own. I enjoyed vegetarian versions of popular favourites: adobo, sisig, and kare-kare, as well as simple meals of rice, vegetables, and fish. I also really love champorado – chocolate rice pudding, which people have for breakfast or merienda (snack-time). In Manila, we also discovered that Din Tai Fung – one of our favourite restuarants and top highlight from Taiwan – is much cheaper in the Philippines than elsewhere. Not only that – there are many more vegetarian options in the Manila branches, which I find completely mystifying since the Philippines is generally not the most vegetarian-friendly place.

That said, I heard from a friend that there is a growing vegan community in the Philippines. I went over to her house where she served me a delicious vegan paella. We took the cheapest flight we could find from Hong Kong with AirAsia. Our flights to Palawan were covered by our generous and friendly business contact.

We only had to cover our accommodation in Manila: one night in an apartment opposite the airport the night before our flight to Palawan, and then five nights in Manila in a rather luxurious AirBnb with access to a pool and gym.

We took the bus one way from Batangas, which cost less than 100 PHP, and spent the rest on public transport and getting GrabTaxi around the city.

We got a lot of meals covered by friends and family, but reciprocated whenever we could (which is incredibly difficult when they always insist on paying).

The Philippines is generally not very cheap for food in comparison to the rest of Southeast Asia, and inflation rates are the highest in the region this year. We didn’t eat very locally like we usually do, and ended up eating in malls a lot, which tend to be more expensive. We were out of pocket by 40 pesos total after our bets at the horses. We didn’t do any real sightseeing.

This included: 50 pesos for the church when the collection tray came around during mass; 400 pesos for a bottle of wine to take to my friend’s house; and 40 pesos for a couple sachets of face cream (it took forever to find something that is non-whitening).

This brings the total trip cost for 12 days in the Philippines to just £226.54, which was only possible with A LOT of Filipino generosity.

Maybe it is more fun in the Philippines! Have you ever been? Let me know in the comments below.