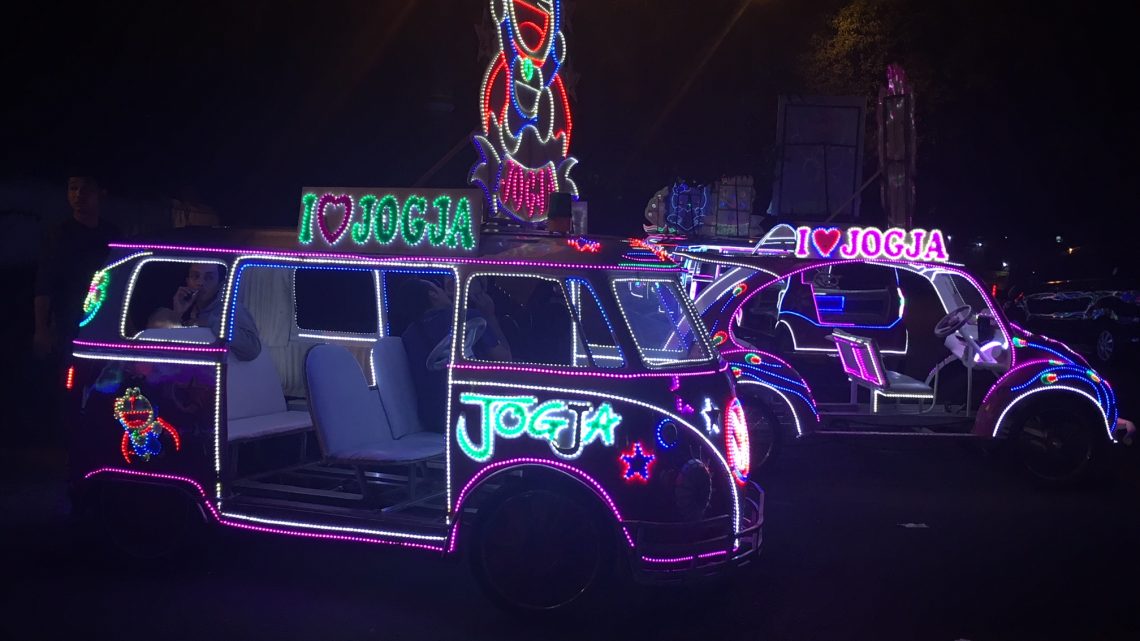 Asia on the cheap: Yogyakarta edition

Welcome to the sixth edition of Asia on the Cheap. After heading back into Southeast Asia via the Philippines, our next stop was Yogyakarta, on the Indonesian island of Java.

Those were probably my exact words the first time someone told me about Yogyakarta a few years ago. My knowledge of Indonesia back then extended to the capital city, Jakarta, and of course, Bali. But obviously there’s much more to discover in the world’s largest archipelago.

Our plans for Indonesia were much more ambitious at the beginning. We wanted to travel all the way through Sulawesi, a large island just south of the Philippines, before somehow making our way overland to Jakarta.

But two things changed our minds: 1) the devastating Sulawesi earthquake and tsunami that hit in late September, and 2) after looking into the practicalities of travelling overland through Indonesia, we realised we weren’t tough enough to handle the long travel times.

So instead of spending about three weeks battling our way through the country, we chose to spend one relaxing week in Yogyakarta, which is often described as the cultural capital of Indonesia.

Yogyakarta, or Jogja, as it’s referred to locally, is an absolute gem. Its vibe is very much reminiscent of Chiang Mai. Think quiet leafy streets, relaxing cafes, plenty of galleries, and amazing food. The locals are also incredibly sweet and helpful.

Jogja also a hub from which to check out two epic historical sites: Borobudur and Prambanan, which are located north and east of Jogja, respectively.

These are our main highlights from Jogja:

The Sultan of Yogyakarta is the only sultan that still retains constitutional power and recognition in Indonesia. We went to visit his palace, the Kraton, which is where he resides. The complex itself is quite modest, and has zero information in English, so we’re glad we opted to get a local guide to help us out a little.

What I found most fascinating about the palace is the mix of Buddhist, Hindu, and Muslim design and iconography. The three religions are so intertwined in this region that our guide said there’s no point trying to distinguish: it’s possible to meditate as a Buddhist, make offerings to gods as a Hindu, and pray five times a day as a Muslim – all in one day. Borobudur is the biggest Buddhist structure on earth – it’s absolutely huge. It was built around the 8th century AD, lay hidden and abandoned until the 1800s, and was only fully restored only in 1983. Like Borobudur, Prambanan is also a UNESCO World Heritage Site. It’s the largest Hindu temple compound in Indonesia, and one of the largest in Southeast Asia. The carvings are so intricate, and there are individual statues of Hindu gods in each of the temples.

The streets of Jogja are dotted with colourful street art, and there are plenty of cool galleries to explore. On the Friday we were there, we found out about not one, but three gallery opening parties taking place that night – talk about hip and happening! I didn’t know much about Indonesian cuisine before coming to Jogja. I’ve been to Bali before, but I think I mostly ate at pretentious vegan, raw, foodie places, rather than local spots. In Jogja, we mostly ate at local neighbourhood joints – and discovered that Java is great for vegetarians. My favourite new discovery was lotek – a salad of steamed vegetables with egg, tofu or rice cake, and drenched in a peanut dressing.

Although we mostly ate Javanese food, we also indulged a little in Western food. After almost two months of mostly rice and noodles, we were happy to hear about Mediterranea, a very popular and highly-rated Mediterranean restaurant in town. We went there twice to eat their wood-fired oven pizza – which was an absolute steal at just £3.15 each! There were no direct flights from Manila to Jogja, so we improvised. We took at flight from Manila to Bali, stayed in the airport hotel, and then took a flight to Jogja the next day.

In between flights in Bali, we stayed at the Novotel, which is located at the airport. It wasn’t cheap, but it was nice to get off a flight and just walk 5 minutes to a plush hotel room.

We stayed in two places in Jogja. We initially booked a very simple room at a homestay in the Kraton area for two nights, but liked it so much we extended to five nights. As you can see, five nights there cost less than our one night in the Novotel.

We then went a little bit more expensive and booked a room in a hotel with a pool. Both Jogja places had breakfast included.

We took the local bus from the airport to our homestay (7,000 IDR, versus 150,000), which was easy enough. We also went to Borobudur on public transport.

But after days of walking around in the punishing heat, and waiting for buses, we got weak and started taking GrabTaxi to get around the city and to go to Prambanan and back to the airport. It was still a very cheap way of getting around though.

We like to do DIY travel, so we didn’t book any expensive private tours to visit Borobudur and Prambanan. We also saved money on tickets by buying a combined ticket for both sites (520,000 IDR, versus 650,000).

As you can see, Jogja is the ultimate budget destination. Even though I felt we splashed out a lot more than usual on coffees, Western food, taxis, and entrance fees, it clearly didn’t make much of an impact on our total spend.