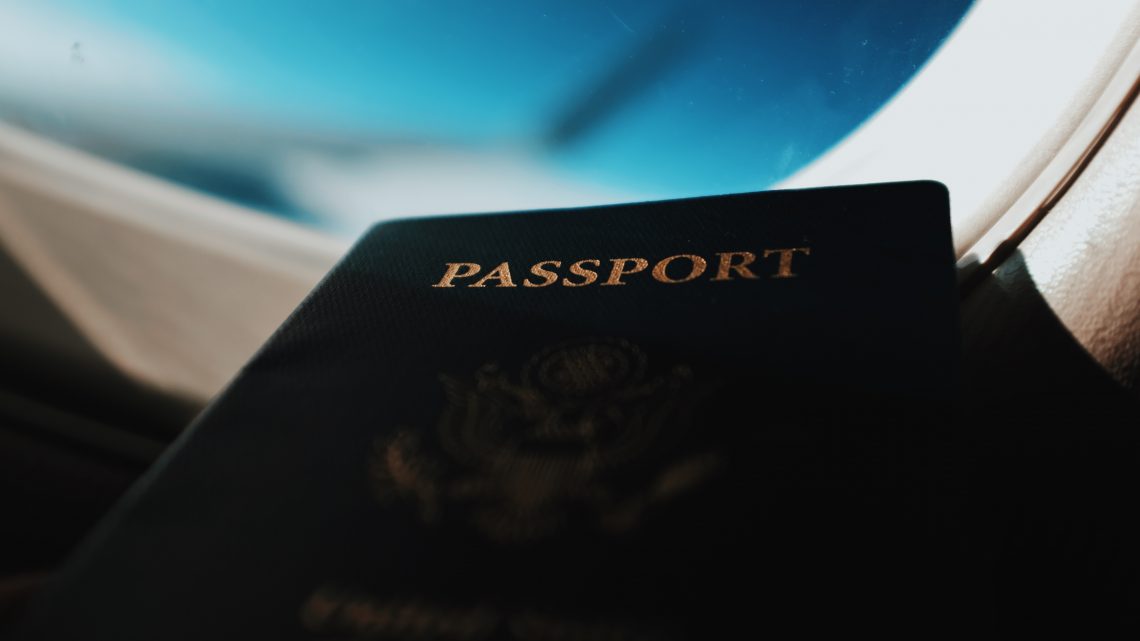 The second month of the mini-retirement is done and dusted. November travels took me to Hong Kong, the Philippines, Yogyakarta, and Singapore, and gave me opportunities to catch up with friends and relatives. But it wasn’t all smooth sailing – my partner broke his passport!

The month also got me thinking about entrepreneurship, and saw me landing my first side hustle! Here’s a quick run down of the month:

Did you know passports can break? We didn’t really think about the possibility until it happened to us. The photo page of my partner’s German passport broke off from its spine while we were using a machine to check into our flight to Singapore.

Never bend the cover of your passport fully backwards boys and girls, especially if it’s an old German one (they have a weird format).

Luckily, the photo page was still attached to the main passport by about a centimetre. We left Indonesia ok, but Singapore is where the trouble started. Immigration took my partner aside and debated between themselves about whether the passport was still valid, whether he could be admitted into the country, and for how long. They finally agreed that he could be let in, but he had to sort out a new passport asap, or fly back to Germany.

This meant going to the German Embassy and seeing whether getting a new passport was possible. But it was a Saturday, and we had to wait till Monday. Since we had only planned to be in Singapore for three days, this threw our plans into a bit of disarray. Thankfully we hadn’t booked any advanced tickets or hotels at that point, so we weren’t losing out on money, but we had to seriously consider the possibility of our joint travel adventure ending early in Singapore.

Fortunately by the end of the week, my partner had a new temporary passport. Technically, a temporary isn’t valid for entry in Malaysia, our next planned destination, but the Embassy staff advised him to try entering anyway. So on the day we attempted to cross into Malaysia, we had no idea whether he’d be let in or not. Thankfully after 20 minutes of more discussion with immigration officers on the Malaysian side, the temporary passport was stamped and we were on our merry way.

What turned out to be a potentially trip-ending episode ended up being a minor delay in our itinerary. But I sense this is due to our inherent privilege of having the “right” sort of passport.

We found that the immigration officers in Singapore and Malaysia were incredibly polite and gracious. But I’m not sure someone from Myanmar or Cambodia would have received the same polite treatment. We also imagined this scenario in our respective home countries – the German or UK immigration officers would not be so lenient with someone trying to enter with a damaged passport from Southeast Asia.

Anyhow, after that rambling anecdote, here’s a run down of progress towards my goals:

The main metric I’m monitoring at the moment is how well I’m sticking to my travel budget. I had set a budget of £4,000 for three months of travel, half of which I already blew in the first month (thanks to Japan).

By the end of the second month, I’ve spent £2,765 so far – just over two thirds of the total budget. Thanks to some free accommodation in Hong Kong and the Philippines, and cheap as chips rooms in Indonesia, my budget is back on track.

One thing I realised too late is that I haven’t been using cashback sites to get cashback on my trips. I use Agoda, Booking.com, and Skyscanner all the time – but until last week, I hadn’t realised I could get cashback from my bookings from TopCashback. Doh!!

As discussed in a recent post, I got a new side hustle: freelance copywriting. While I was unsure as to whether I should stick with it, the overall consensus from the comments is that I should. Thanks for all your wise words! I am enjoying the work so far, and can already tell I’m writing faster than before.

I also started some moves towards generating some passive income from a very small-scale entrepreneurial experiment – it will take me a few weeks to get it up and running and see whether I make any money – but I’ll report back with the full details sometime in the new year.

I’m still feeling quite meh about my German learning. I’ve been trying to do a Duolingo lesson a day, but in November I slowed down, and often missed days altogether.

I realise, however, that my overall German comprehension has massively improved. In Yogyakarta we ended up hanging out with a German couple, and most of the conversation was in German. Although I wasn’t confident enough to speak German, I understood about 75% of the conversation, which is a giant improvement on how previous scenarios like this have gone.

Health and fitness is the casualty of the month. Apart from using a gym and pool once, I did nothing else but eat.

There were a couple of weeks of poor to zero internet connectivity in November, so I was able to get through more books than usual. In line with my goal to develop an entrepreneurial mindset, I read a handful of business and productivity books, including (affiliate links below):

Essentialism: The Disciplined Pursuit of Less by Greg McKeown: This is one of my favourite personal development books, and is all about focusing on what matters, and avoiding overwhelm. I re-read this at least once a year and get something new from it every time.

The Personal MBA by Josh Kaufman: This is a condensed summary of business fundamentals. I tried to read this a few years ago, but realised I wasn’t getting anything from it while working in my non-profit job. Now that I’m pursuing a number of personal projects, I found most sections to be really relevant this time.

Grit: The Power of Passion & Perseverance by Angela Duckworth: This book talks about the importance of sticking with something difficult, and getting back up when you fail. I realised through reading this book that I’m not very “gritty.” I get bored and abandon projects fairly quickly, so this is something for me to recognise and work on.

Another incredibly powerful book I read in November was Being Mortal: Medicine and What Matters in the End by Atul Gawande. It’s about what happens as we grow old and fragile, and how to carry on living a life on our own terms when the end finally comes into view. Aside from shocking me into realising I need to step up my retirement savings, it gave me a lot of food for thought.

That’s a wrap on November! I hope you also had a great month?