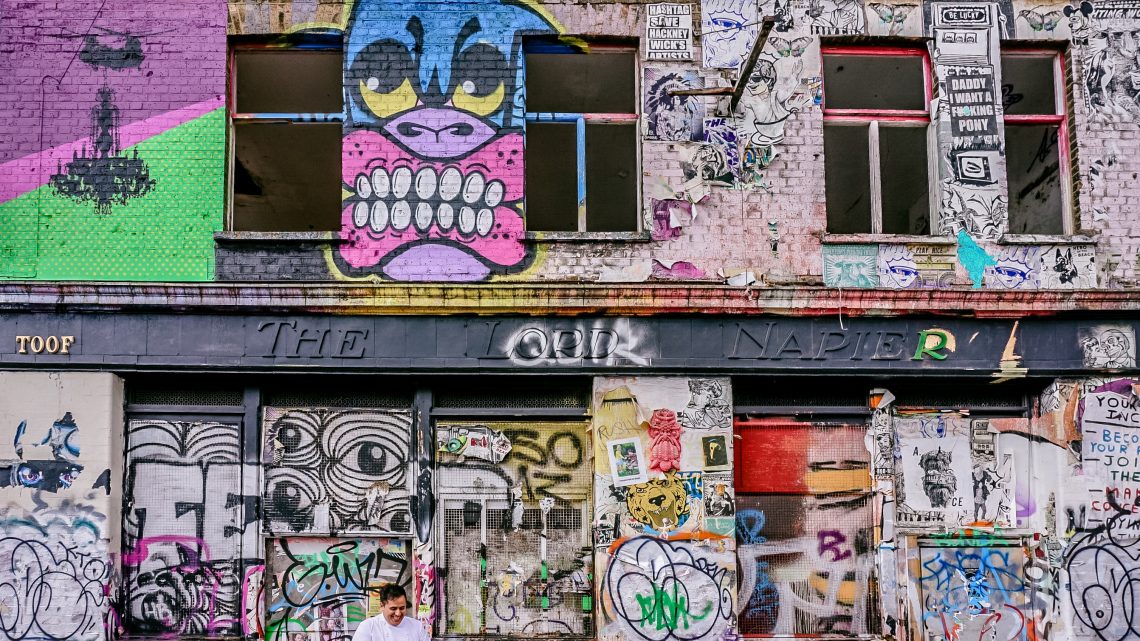 As I write this, I’m back in sweltering Bangkok again after spending five lovely weeks back in the UK for Christmas and most of January.

If you’re confused as to why I’m back in Bangkok after moving out last year (as most of my friends are), let me tell you that’s it’s just temporary! I’m just hanging out in Thailand for six weeks, and then will be back home again in March, figuring out some big life questions.

I absolutely loved being back home. After living in a foreign country with a rudimentary grasp of the local language, I find it so refreshing being able to understand what people around me are saying, even if it is just inane comments like “I slept in my makeup last night and it fixed my skin” (err, what?)

I really appreciated being able to have a little chit-chat with people in the shops, or just saying hi to randoms on the street (a very un-London thing to do!) Although I’m sure that as I spend more time back home, that novelty will wear off and I’ll start shunning shoptalk once more.

I even adapted to the cold quite easily, and enjoyed wrapping myself up in layers. It did start getting REALLY cold though towards the end of my stay, and I did get caught in some snow one evening when the London Overground decided to stop functioning properly.

Catching up with everyone

Every time I’m back, I make the effort to go see my closest friends wherever they are in London. Because everyone has moved further out of the centre, I did so much mileage around London, covering North, East, South, and West, sometimes all within the same day. It’s been over a year since I’ve seen them, so little babies have grown into little people, and little people have grown into big people. I also had plenty of good quality family time, and lots of Scrabble games with my mum.

But of course, not all is fine and dandy in the “United” Kingdom.

Firstly, the homelessness. Every year I’ve come back I’ve noticed the number of people on the streets increasing. But this year was noticeably worse, and really painful to see in this incredibly cold weather. I was suffering a bit from the cold just going from place to place, so they must be absolutely chilled to the bone sitting on the pavement.

What an absolute fucking shit show. I’d been following from Bangkok, but I disengaged somewhat because it just didn’t seem like the MPs were getting anywhere. A few weeks out from 29 March, we’re still not any clearer.

The media is not helping – it talks of the ‘backstop’ and the ‘Theresa May’s red lines’ without bothering to explain what they mean any more, and they obsessively report on the petty power struggles in parliament, which is just a distraction from the bigger picture. So I’m confused, and feeling thoroughly disempowered, as I’m sure so many others are.

Back to hot, polluted BKK

I flew back in late-January and seem to have timed my visit to coincide with the worst smog EVER. It’s so bad they’ve had to close the schools for a few days. I made the mistake of doing outdoor aerobics the other day, and felt like I’d smoked a packet of cigarettes the next morning. So now I’m the proud owner of an N95 mask and am going around town looking like an extra from a post-apocalyptic movie like other Bangkokians.

I’ll be heading up to the north of the country shortly, but it’s no better there with all the burning they do this time of year 🙁

A quick review of my goals

I published my goals at the beginning of January, of which there were many. Throughout January, I reviewed my goals regularly, but I also decided to prioritise some over others for the month.

My priorities for January were to spend quality time with friends and family, and to experiment with different side hustles. This meant blogging went out of the window, and I was less consistent with my German and exercise (although I still did a good deal of both).

After opening my Etsy shop in December, items started selling consistently in January with very little extra work. The sales only amount to a handful each week at very low prices, but I’m honestly thrilled that people are buying my modest creations.

I had heard that the more items in the shop, the better, so I was intending to put up a new item each week. But I realised that rather putting time and effort into creating items that might not sell, I need to do a proper analysis of what is doing well in my shop, and then work from that.

I started matched betting!! Boy it was headache to begin with (I could literally feel the tension growing in my forehead every time I attempted MB). I screwed up a few times, which cost me dearly, but I did end up with a tidy profit of £235.22 at the end of the month. This is going on hold while I’m in Thailand, but I plan to read more guides so that I’m ready to roll with some different MB techniques when I’m back.

I used to do a lot of online surveys before I moved out to Asia, and I remember how painfully slow it was to receive a payout. I’d done some research, and learned that Prolific Academic was probably the only one worth signing up for. For very little time and effort (and the surveys were actually really interesting), I earned £25.72, most of which I’ve already cashed out. So yeah, I highly recommend Prolific Academic. Here’s my affiliate link if you want to use it.

I also downloaded the Job Spotter app, which gives you Amazon credit for taking pictures of job vacancy ads in shop windows. Just going around town I spotted a quite a few, and already have £5 credit, which I can cash out whenever I want.

I’d also heard about OhMyDosh, which pays you quickly for signing up to special offers, like an Amazon Prime trial. I got £14 for about 20 minutes work by signing up to Amazon Prime (which cost nothing), a Which trial (cost £1), and from using a referral link. It’s definitely a quick and easy way to make a few quid – BUT remember to cancel the free trials in time. Here’s my referral link if you want to check it out.

I wrote a couple of articles, and started doing some social media management for my sister’s start-up, which has been great so far.

In total, I made £316.29 from my side hustling efforts in January, most of which came from matched betting. This number only takes into account what I’ve cashed out/received in my bank account. Freelance work I’ve done in January will be paid in February.

In January, I made some moves with my money.

Firstly, I put £10,000 away in an easy access Post Office savings account. On reflection, this is probably too much to keep in cash, and I could optimise even more by opening a Nationwide account paying 5% on £2,500. So I’ll do a bit more thinking.

Secondly, I re-started payments into my ISA and pension, making £250 monthly contributions into each. I couldn’t contribute to these while living in Thailand, so I built up a lot of cash savings, which means I can afford to put these funds away even though I’m not earning much during my mini retirement.

However, I’m still unhappy with my current investment set-up. I’ve been thinking about ethical investments for a while, and it’s really time to put the money where my mouth is.

My pension (which makes up the majority of my funds) is actually in an ethical fund, but I feel like it could go much further in terms of screening out some types of businesses and industry. My ISA is with Vanguard, which means I am investing in all sorts of things I naturally baulk at.

I got quite excited seeing the Nutmeg adverts in the Tube, which suggested that it’s an ethical investment platform. So I will dig deeper into this and other options as alternatives to my existing ISA and pension.

With all the travelling I did around London, I had a ton of time to read, and generally take time to reflect.

These are the books I read this month (yep, with affiliate links):

I had heard about the growth mindset so much, that I almost felt I didn’t need to read the book. Although I found some parts rather repetitive, I’m glad I did finally read it, because it did make me question certain assumptions I had about my abilities. For example, I had always assumed that I was terrible at maths (which I am currently), but now I know that if I put in some time and effort, my grasp of numbers would most definitely improve.

The Selfish Capitalist by Oliver James

I saw this on a bookshelf at home, and was intrigued by the title. I assumed that it would be a mild critique of capitalism but ultimately defensive of the current system, so I picked it up assuming it would counter my own perspectives. However, it is essentially a critique of neoliberalism hidden behind a conservative-friendly title (very clever indeed Oliver).

Chavs: The Demonization of the Working Class by Owen Jones

Although the title seems a little dated (do we still call people chavs?), much of what’s written here is so relevant to Brexit Britain. It helped me to empathise with the marginalised working class communities who voted Leave. Although in places I feel like Owen Jones does make excuses for some anti-social behaviour and prejudice, he makes really good points about how the working class are vilified in the media, ridiculed by popular culture, and truly demonized and punished by politicians. I think it’s a really valuable read in these polarizing times.

How was your January? Did you start the year off with a bang? Comment below!